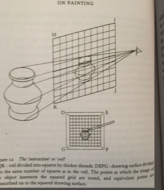 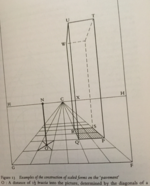 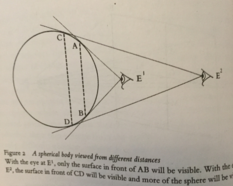 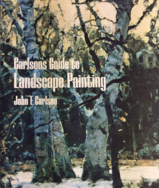 Some Plates from Battista from Cecil Grayson's Penguin edition. 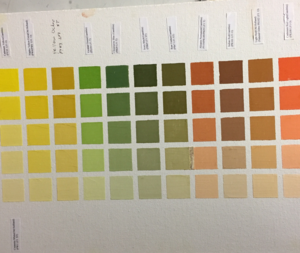 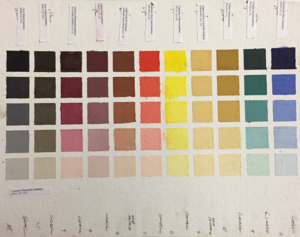 
I didn't do much painting last winter. Winter is not my season. I did however read a lot and reread. One book I go back to is Carlson’s Guide to Landscape Painting as it is so succinct. Thank you Jim Robinson for first telling me about it and Mike Rada for revealing it. To that end, this book led me to pursue the sources of Carlson’s insights and this led to reading many books and pamphlets, some purchased, some on the Gutenberg press. I recently spent some time again with Leon Battista Albertis’ On Painting (1435). I marvel at some of the diagrams that have never been improved upon in terms of explaining linear perspective, scale and light landing on a sphere. His diagram and explanation of visual rays and how we see (perceive) things differently depending upon how far we are from the object and the angle of the light reaching the eye is so far ahead of the science of light. Of course philosophers have debated the relativity of perception at least as far back as we have records. With progression of knowledge including the physics of light, the neuroanatomy of vision and the early (my emphasis) understanding of the way the brain processes information we really have hit upon a problem for artists. What the observer sees is a function of how they interpret it. For example, colour is a function of how we interpret the light – google the colour changing dress.

Is it blue and black or gold and white? Will the viewer actually see my painting as I have painted it. As an artist, does it really matter?


A few summers ago I took a colour theory course from Susan Cook during her time at the Atelier in Minneapolis. The hours spent making colour charts and talking about colour combined with a serendipitous Podcast on CBC Ideas about colour made for a trans-formative midsummer sojourn.


I had naively thought colour was simply mixing paint so I could lay down the paint on canvas in a manner I wished it to be. I thought I knew a bit about colour symbolism, colour schemes, creating mood, and a little about creating aerial perspective. Often, I found, if you experiment with colour charts, you can get to the same spot (you think) with different pigment combinations. It was fun. By the end of that summer I was even more in awe of those artists who have attained the lofty moniker of a colorist. Then the epiphany.

There is no formula. The colour charts are educational to help you understand how pigments mix together and how they affect each other but it is all a lie – sorry, perhaps a wayward way of thinking.


Two books on colour that influenced art teaching when I was in school in the 70’s were The Elements of Color by Johannes Itten and Interactions of color by Joseph Albers. The former explains what happened to art education – and I thought the Bauhaus was a furniture design studio. The latter I think is somewhat prescient. They are worth a reread. They now make some sense to me.


Before I understood the relativity of the viewers perception I realized it is not just the pigment mix, the surface you put it on, the time of day or light you are painting from but also the light you will be viewing it in. So I started to think – how do I represent what I see, say, in the light of daybreak when the light on my canvas is also in the light of daybreak and obviously will look different in the light of a gallery. I guess I need to paint more at those times and learn how to adjust what I lay down on the canvas so that, although it not may look correct on site, it will look right when lit in the gallery later. I began to think that maybe I need a 50 Lux 4000 K light for my easel, even out doors at night, so I can be sure what I am seeing I can put down on the canvas so it will show correctly under gallery lighting. Its analogous to shading the canvas with an umbrella on a bright sunny day. Whoa! Am I overthinking this?


Lets jump ahead to where I am and get back to the Blue and Black or Gold and White dress. From what I found on the internet is is truly black and blue. I see it as gold and white. So I am to believe that my eyes and brain see black and blue but transforms it to white and gold as that is what my brain has processed. It is black and blue that I see but I know that something in dim light that looks black and blue is in reality gold and white so therefore I ultimately see gold and white because that is want my brain says it must be based on my knowledge of how to interpret light effects?

Perhaps a realist would say it is important to show the colour as it is seen in a particular light which may not be its actual colour in sunlight. The intelligent art aficionado, understanding colour theory, physics of light and psychology will be in on the joke and come along for the ride. Maybe THAT's  why Basquiat’s paintings are so valuable. The uninitiated are left to ponder. The abstractionist may paint it the colour they believe it really is ignoring the effect of ambient light and therefore finding the truth in the subject. Or maybe just colour it the way they want it to look as a tome on truth in meaning. Or maybe just paint the entire canvas black which is after all, the ultimate truth. “I prefer to see with closed eyes” - Josef Albers.


Does it really matter anyway? Well, when I buy a bottle of wine that is rated 97 by a leading wine expert and it tastes like crap to me, the relativity of perception is important. So I just need to find a wine critic whose 97 is my 97 – similar sense of taste and smell and brain processing. Is that selfish? Unchallenging? Untruthful?

As an artist it is important to me how my painting is seen; that my message will be understood. I don’t care as much if you disagree or dislike my message but I want you to at least know what the message is. Maybe I just accept that I won’t always be successful. No! I paint for myself but I also want to paint so that the observer will see what I see. How do I paint a black and blue dress so that everyone who looks at the painting sees a black and blue dress?